Everything One Needs to Know about Shooting in Eastern Europe

One can often read about the advantages of shooting in Eastern Europe, but there are only a few articles that discuss such truly important questions that the filmmakers ask who are truly contemplating on shooting in Hungary, the Czech Republic or Romania. Since Progressive Productions is an Eastern European film production company, we are often asked these questions. This is why we felt that it is worth collecting them and answering them on our website, as we do during our day to day interactions.

One can often read about the advantages of shooting in Eastern Europe, but there are only a few articles that discuss such truly important questions that the filmmakers ask who are truly contemplating on shooting in Hungary, the Czech Republic or Romania. Since Progressive Productions is an Eastern European film production company, we are often asked these questions. This is why we felt that it is worth collecting them and answering them on our website, as we do during our day to day interactions.

Which Country Should I Choose?

When we talk about Eastern Europe as a cost-efficient shooting location, we generally mean three countries: Hungary, the Czech Republic and Romania. If the main simplified question is that generally which country is the cheapest, then the quick answer is: Romania, which is by far the cheapest, afterwhich comes Hungary second and finally the Czech Republic. Although between the last two counties, depending on the aspect and project, either could be more favourable financially or they could be equal. Naturally, even in Romania there could be negative surprises in prices, this is mainly due to the size of the country. In Budapest, Hungary and in Prague, Czech Republic and in the surroundings of these capital cities’ most projects are executable, while in Romania often one must travel for a longer time to a location, which often significantly raises the costs.

Youtube The Trailer for The Zookeeper's Wife, shot in Prague

Regarding the quality of services, the most important factor are the crews’ professional experience. The Czech Republic was the first to offer film production services in the beginning of the 1990s, then Hungary joined in not long after that. This is why Prague is a more famous location for shooting commercials than Budapest; producers have heard of it more often and for a longer time. But at the same time Budapest has quickly made up for starting later; according to statistics in the last few years more shoots have been done in Budapest, than in Prague. In any case, crews’ experience in both countries are equal, and in both places one can find professionals in every area of filmmaking. The number of professionals has grown over the years, so there is no need to bring in professionals from other countries. Romania’s popularity has grown lately and the advantageous prices enables the producers to spend some of the saved money to complement professionals from other countries if there are any missing from the local crew. There are not as many films being shot in Bucharest as in Prague or Budapest, but the popularity of the city is constantly growing. 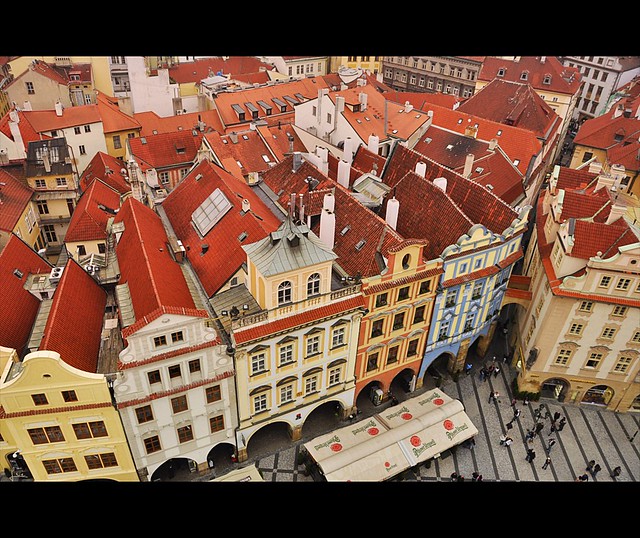 Finally, when comparing the countries, it is worth taking a look at the available shooting locations. In the Czech Republic the most attractive city is Prague. It is a lovable city, mainly with small, colourful, romantic buildings. In Hungary the most popular shooting location is Budapest, which is famous for its extremely diverse architecture; both a charming town and a metropolitan city can be found in it. In Romania Bucharest is the production center. This city’s large scale and urban look is what dominates unquestionably, which is sadly often blotched by the buildings of the socialist period, that were built too close to the impressive buildings of the end of the 19th and the beginning of the 20th century. 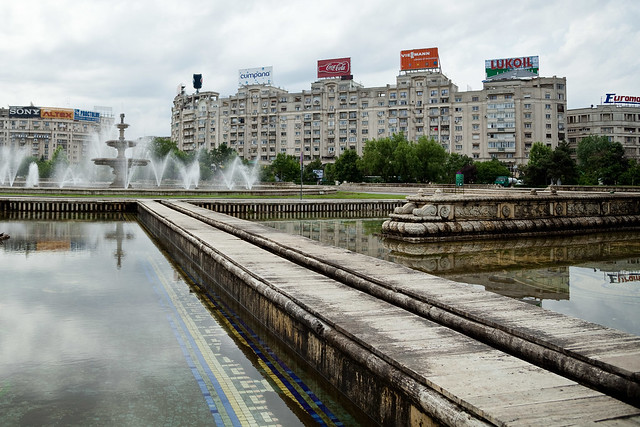 Instead of going into detail about what costs how much in each country, we would rather like to share a frame of mind with which it is worth viewing the prices.

Firstly, in the case of crew rates, the base rate in Eastern Europe consists of a lot more work hours than in Western European countries. This in on average 12 hours, which is advantageous, even though this often contains the lunch break and other breaks too. If overtime is needed after a day’s work, then its rates are a lot more favourable, since the fee is inexpensive and does not grow progressively hour by hour.

There is another factor to keep in mind with crew rates, which is that there is a big difference between the rates of a key crew member (like a gaffer), a secondary crew member (for example a best boy), a 3rd crew member (an electrician) and an utility (for example a generator operator) member. So when we compare these rates with those in other countries, it is also worth doing it using secondary and 3rd crew member rates, since the majority of crews do not consist of department leaders, so the budget is mostly affected by the numbers and rates of the other crew members.

An important difference with Eastern European budgeting is that often the various fees (for example location rental, permits, etc.) are generally higher that the crew rates. The cultural reason for this is that many value work less than property in this region. Still, the fees should always be calculated with the labour costs.

What Effect Does It Have That There Are No Unions?

For producers an undeniable advantage of shooting in Eastern Europe is that there are no unions. Therefore there is less administration, less rules on working hours (for example breaks), making them more easily manageable and this is also probably the reason that their rates grow more slowly than anywhere else. But this does not mean that one can make limitless bargains on rates. Let me tell you a story about this.

During one of our American trips, one evening in Los Angeles we went to a bar to met a well-known American producer. After a few introductory questions, we started to talk straight away about Hungarian crew rates, and since we had a fresh chart on this calculated into American dollars, we showed it to him. We could see on his face while he was reading the numbers that he liked what he saw, yet he asked at the end: can these prices be bargained even lower?

I told this story, because it was not a one off; many producers think the Eastern Europe is not simply a cost effective region where the rates are attractive, but it is also extremely cheap. It often happens that even though people see favourable prices, they still want further bargains and instead of cheap prices, they look for ridiculously low ones. Generally, we are not partners to such business.This is because Hungarian crew rates are low on an European level, and every crew member needs to pay their pension, health insurance and tax out of these costs, which is why they would not be able to make a decent living out of any less.

They can only have a living standard above average from these wages if they do not spend money on their pension, health insurance and tax. I would like to add that in Europe it is compulsory to contribute to these things, so if they want to make a living from less money, they will have to not keep to these rules. And yet many are constrained to avoid paying tax to make a living, or because they simply want a richer present and do not think of the future, which is why they find solutions not to pay. We would like to say, that if someone lowers these prices any further, then most often something is not right, because no one can lawfully afford to do so.

In Eastern Europe  a fair price does exist, which is acceptable and decent for both parties. Crew rates in Hungary are on this level. It is more advantageous to shoot here than in most parts of Europe, and there are no unions that would make a producer’s job trickier. Yet no one abuses all the unwritten professional rules that exist within the industry.

What Do I Get for My Money?

Often I hear from our clients who come from the US, that filming in Hungary or in the Czech Republic is like filming at home. In these countries the crews’ professional knowledge and work morals are on such a high level, that there are no compromises that are needed to be taken. All of this is of course thanks to the high number of American productions (mainly feature films and commercials), that are shot in these countries and give opportunities for the local crew members to try out the latest, most innovative film techniques and equipments.

The number of available crews compared to the size of the country is outstanding both in the Czech Republic and in Hungary. There is also no need to fear that large American productions will tie down the best crew members. The truly quality professionals do not choose these films, unless they are offered a position that fits their level of profession. For example, if a large Hollywood film’s director of cinematography brings their own gaffer, then an experienced and employed Hungarian gaffer today will not simply accept the job as a best boy. On the other hand, if a Hungarian best boy has collected a lot of experience on American shoots, then they may become an excellent and experienced gaffer. This is how the numbers of good professionals are constantly growing. This is also supported by the Hungarian state, which is starting national educational courses in order to fill in the gaps among professionals.

How Safe is It?

Hungary, Romania and the Czech Republic are members of the European Union, which guarantees financial safety. Generally, the same rules apply to these countries’ international trade as to Germany’s and France’s. The bank systems are stable and they have established relations with banks around the world. Next to this, Hungary and the Czech Republic are members of the Schengen Area, which means that there is no border control between the countries in this area. This practically means, that for example bringing technical equipment from Germany is an extremely fast procedure, requiring a minimal amount of administration.

Unfortunately, even today many have an image in their heads of Eastern Europe, that is unsafe in general. But this is not the case. Naturally, like in all large cities, in Budapest, Prague or Bucharest there are such quarters (mainly on the outskirts) where it is not recommended to go alone at night, but these are only a small areas, and it is not generally typical. Various terror attacks are completely unheard of in the region and other issues like pickpocketing and robbing are not common neither.

All in all, we can therefore say that shooting in Eastern Europe, compared to European standards, is cost-efficient, safe and has an excellent price-value ratio. Of course, much depends on choosing the most suitable local production company as partner. And naturally as one of Progressive Productions’ producers and the author of this article, I am slightly partial by recommending Hungary the most among these three countries. Still, all three countries are strong in different territories and the generalisations above may not be true regarding certain projects. For example, it is possible that for a project shooting Prague could be the most appropriate and Bucharest would be the most expensive due to the nature of the project. Or it may occur that a professional may have better references in Bucharest, than in Budapest. This is why it is worth checking out the opportunities for a given film’s production in all the three countries, then to choose the location according to these results.